Mr. Bhardwaj began his career as a corporate lawyer at Meighen, Demers, Barristers & Solicitors, now part of Norton Rose Fulbright, and subsequently served as a Vice-President for Toronto's 2008 Olympic Bid. He currently serves as a Director of Metrolinx, Rideau Hall Foundation and Community Foundations of Canada (Past Chair).

He has also previously served as Chair of the 2012 Ontario Games, Co-Chair of TO2015 IGNITE (Toronto 2015 Pan Am/Parapan Am Games), Chair of the Toronto Downtown Jazz Festival, a Director of George Brown College (Vice Chair) and Director of Upper Canada College and Stratford Festival, among others.

In 2012, Mr. Bhardwaj’s commitment to city building was recognized as he received the Queen Elizabeth II Diamond Jubilee Medal. He has been named one of “The 50 Most Influential” people in the city by Toronto Life magazine and was recently named to the Leader Council at the Ian O. Ihnatowycz Institute for Leadership at the Ivey Business School, the Quadrangle Society at Massey College and The Ultimate List of Social CEOs on Twitter. His vision for Toronto and Canada has made him a popular presenter and speaker locally, nationally and internationally, particularly on issues relating to leadership and governance.
Speaking At
FORUM: Board Chairs forum
FORUM: ED/CEO forum 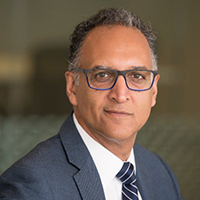